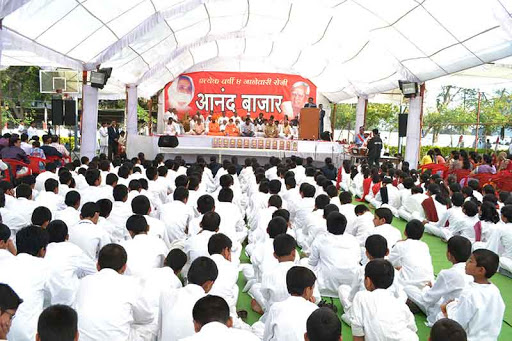 Anand Bazaar is a unique, annual shopping extravaganza conducted by the students of Jijamata Education Society’s Sadhvi Preetisudhaji English Medium School, Rahata. The Bazaar is conducted on the 4th of January every year.

The winds of inspiration blow everywhere but very few hoist their sails to catch the wind. But Mr. Indrabhan Dange, fondly called ‘Dange Sir’ by his near and dear ones did exactly the same when he named his school after Sadhvi Preetisudhaji Maharaj Sabh. A man with a vision and a determination to do something different and useful, he is the trend setter of a unique pattern of teaching, popularly called the ‘Dange’s Pattern’.

Anand Bazaar is the brain child of Dange Sir. It owes its uniqueness and success to his untiring efforts and inspiration.

This is the age of globalization and ever- increasing commercial activity. The most competitively endowed are the most successful in today’s world. Keeping in view this most pressing need for managerial skills amongst the students of today, the concept of Anand Bazaar has been initialized.

The shopping fair aims at inculcating and sharpening the business acumen of the students and enhancing their marketing and persuasive capabilities. Thus, the fair provides an outlet for their creative marketing skills, thus taking them beyond the stifling constraints of academic rigor. The fair inspires a sense of dignity of labor amongst the students.

The History of Anand Bazaar

Anand Bazaar, named after Acharya Anand Rushiji Maharaj Sabh, has a long history of 26 years. Conceptualized in 1984, Anand Bazaar celebrated its Silver Jubilee in 2009. The fair marks the school anniversary as it was on this day of 4th January that the school was established in 1974. Originally initiated as a direct- selling outlet for farm produce, the Bazaar has grown by leaps and bounds ever since. With a wide range of goods and services available for the customers, Anand Bazaar has earned the sobriquet ‘Mini Singapore’ among the people.

The uniqueness of Anand Bazaar lies in the fact that it is a totally student- organized and student-managed shopping extravaganza. The founder- principal, Dange Sir, was a pioneer in this regard. Everything, from the arrangement of stalls procurement of the wares for sale to the selling of these wares is managed by the students independently. The school management does not provide them wares for sale. Further, the students themselves decide competitive prices for their products and maintain proper accounts of their sales during the day. The advertisement campaign for Anand Bazaar is carried out by the students themselves. Banners and posters prepared by them advertise the grand event. The students also undertake door to door invitations in the vicinity.

The Range of Products and Services

Fondly, called the ‘Mini Singapore’, Anand Bazaar boasts of a wide spectrum of products and services available for the customers at affordable prices. The fair is a shopper’s paradise with hundreds of stalls inviting you for a shopping feast. The commodities ranges from vegetables, fodder grass, and food grains to two-wheelers, electronic goods, cosmetics, fancy items and domestic and pet animals. A splendid range of services are offered too. A dispensary for medical attention is also at hand. The security provision ensures the customers a hassle-free shopping.

Food categories and amusement stalls that adorn the shopping fair provide you with wholesome shopping experience. The mouth watering and choicest vegetarian delicacies and amusement games like balloon-shooting, horse, camel and bike riding and archery, to name a few, crave for your indulgence.

The bustle of Anand Bazaar attracts scores of people every year. With around one lac people visiting the fair, the sales turnover crosses Rs. 20 lacks for the day. The fair, with its wide range of commodities and services, caters to the needs of all sections of people including children. The ex-students of the school and their parents too visit Anand Bazaar. The occasion is a get-together for the old students and an inspiration for the present students.

The venue for Anand Bazaar is on the plush green campus of Sadhvi Preetisudhaji English Medium School, Rahata. The sprawling campus of 20 acres provides an idyllic environment for the Bazaar, wherein hundreds of stalls are housed. 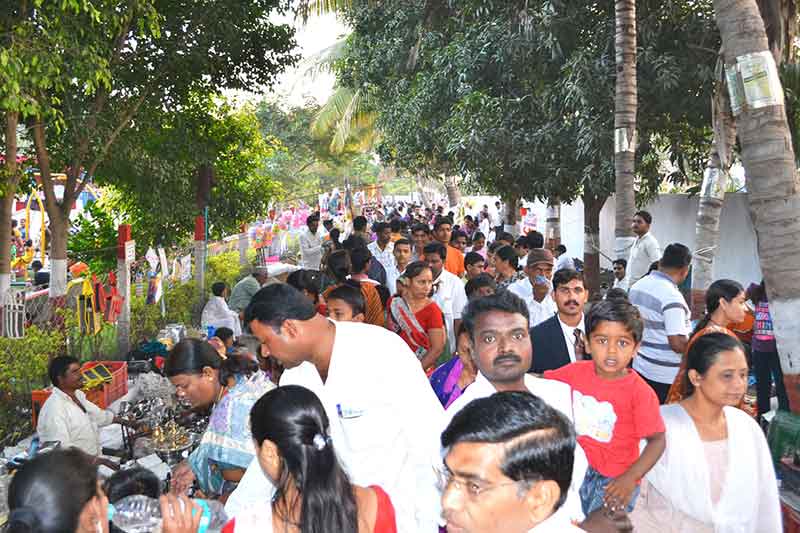 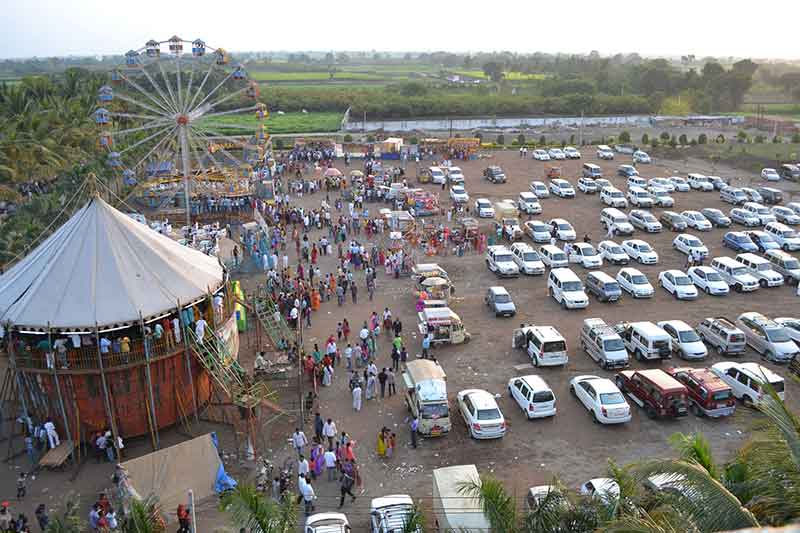